Office of the Chief

| About Us | Office of the Chief

Office of the Chief

Chief Bobby Davis began his career in public service in May of 1996 with the Sacramento County Sheriff's Office, where he served as a Deputy, Sergeant, Lieutenant and Captain, until March of 2020, when he joined the us as the Assistant Chief of Police, where he has been responsible for the day-to-day operations.

Chief Davis is committed to officer wellness, collaborative policing, policing with technology, and serving our community members with dignity, respect, and fairness. He remains actively involved on the Steering Committee for the Reduction of African American Child Death and other community-based events.

Chief Davis holds a bachelor's degree in Criminal Justice from the Union Institute and University. His executive education includes the completion of the Senior Management Institute for Police, Executives Leadership Studies-Class 81 (SMIP), and the FBI-Law Enforcement Executive Development Association-Leadership (FBI-LEEDA Trilogy-Certificate of Completion). 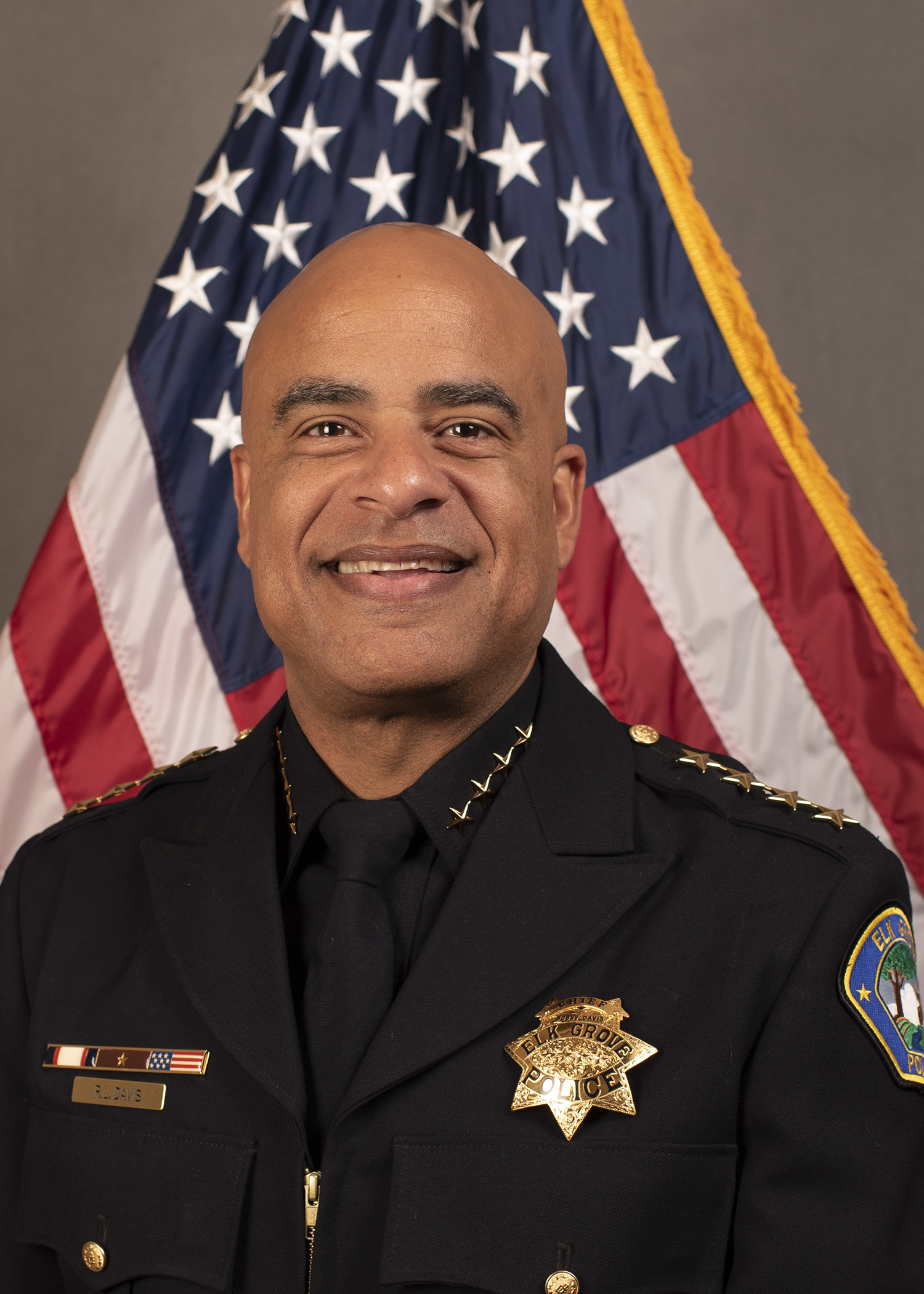